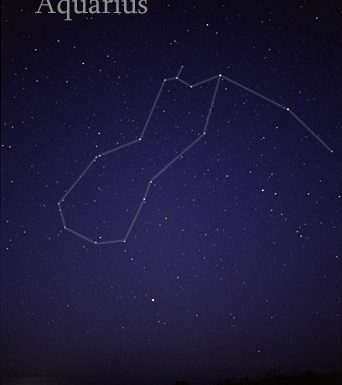 Aquarius is the 10th biggest constellation in the night sky and just touches the celestial equator. It is fully visible from latitudes 65°N to 86°S and is best seen from June to July.

It’s brightest star is α aquarid(AKA. Sadalmelik) with a magnitude of 2.9. It is home to the asterism The Water Jar, a pattern of four stars forming a Y-shape. Aquarius is a zodiac constellation sitting in between Pisces and Capricornus.

According to Greek myth, Aquarius depicts Ganymede, a shepherd kidnapped by Zeus, who was in the form of an eagle represented by Aquila, and taken to Mount Olympus to serve as the gods’ cup bearer.