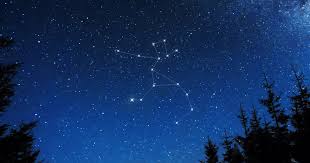 Centaurus is the 9th largest constellation in the night sky.

It’s brightest star is α Centauri(Rigil Kentaurus) which is really a star system consisting of three stars, including our closest neighbor star, Proxima Centauri. Centaurus is best seen during April and June at latitudes 25°N to 90°S. It’s home to a globular cluster which might be the surviving core of an ancient dwarf galaxy that was consumed by the Milky Way.